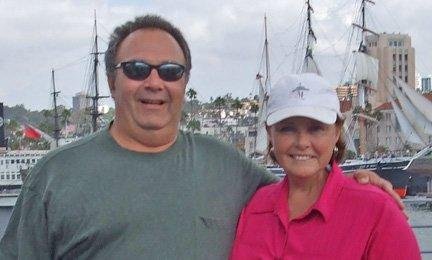 Mike, 58, grew up here, went to Mount Miguel High School in Spring Valley. The Matador had a career in the Navy and shipbuilding. Sixteen years ago, he met and married Ally.

The couple bought a house near Gillespie Field, not far from Ally’s family-owned Webb fine fabric company. Started by Ally’s grandmother in 1946, the factory moved from Glendale to an El Cajon 20,000-square-foot building in 1972.

Mike’s experience made him a natural to run the company, which has evolved from high-quality fabric into a manufacturer of specialty window shades for hospitals and mental-health facilities.

In his spare time, Mike fixed up MG sports cars and studied as a “groupie” the fledgling distillery scene in San Diego.

For her part, Ally discovered nine years ago that her years of hands-on work with fabric and dyes had prepared her for her real vocation as a painter. She opened a studio at Spanish Village and started selling prize-winning watercolors.

The Benbrooks like to get out on the open road. They took a special shine to Oakhurst, the last town on state Route 41 before you enter the Yosemite National Park.

Oakhurst is tiny, about 2,500 residents, but a steady stream of tourists pass through on the way to the jewel of California’s mountain playgrounds.

There’s a thriving art scene in Oakhurst, Ally tells me, with scores of artists drawn to the area’s natural beauty.

Read the entire article at The San Diego Union-Tribune:
sandiegouniontribune.com/news/2016/sep/01/artful-spirits-inspire-sd-escape 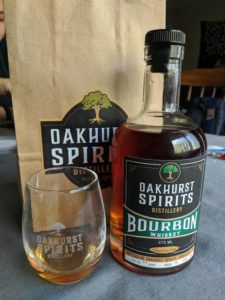 40300 Greenwood Way
Oakhurst, California 93644
Directions: From Highway 41, turn on Road 425A (next to SUBWAY) and then take an immediate right on Greenwood Way. You’ll see our sign. Enter the gate and park in our lot, if it’s not full. Street parking also available.